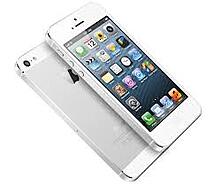 So I have read lot of reviews out there about the pros and cons of the new iPhone 5, but I honestly did not find many of them helpful from the perspective I was seeking.  Most reviewers have compared the specific hardware advances and software upgrades; but miss what I believe to be the important areas: how these changes will affect the average consumer.  I plan to recount my experience with my iPhone 5 over the course of the past 5 days and relate it to what I believe to be the average user.

I had the delight of getting my iPhone 5 (AT&T model) friday morning before I left for a wedding in Connecticut. As many people have seen in the commercials, the device is breathtakingly beautiful and sleek.  It is much lighter in the hand than I thought it would be and while Apple says the device is 18% thinner, to be honest it seems much more than that.  When my old iPhone 4 was in my pocket, I could not only feel it pressing against my leg, but I could usually see the indent of the phone in my pocket.  With the iPhone 5, I can barely feel the device in my pocket (which has caused me to freak-out on more than one occasion this weekend thinking the device had been lost for a second.) Also, the iPhone 5 does not leave an imprint on the outside of my pants due to it bulging and pressing the fabric out around its body.

As for the display, it is noticeably brighter (which makes it easier to see in direct sunlight.)  The speaker on the bottom of the device is also noticeably louder as well.  While leaving the airport with my sister in Connecticut, we were both outside when I became curious about how loud her iPhone 4S speaker was compared to the new device.  We both played similar songs as we waited for a ride to the rental car agency (at the airport’s outdoor pickup location, a very loud area).  In the off-handed test, I could clearly hear the music from my handset while I was only barely able to hear the music from my sister’s phone.

During my short time playing with the new phone, I discovered my two favorite upgrades in the iPhone 5 in comparison to my previous device.  They were the upgraded camera and the new processor.  On my iPhone 4, I had a real issue with taking photos in sunlight in the middle of the day and at night with low light.  In the daytime, the color would look washed out if I was standing directly in the sunlight while at night all my pictures looked very grainy...as if some cheap camera had taken the pictures.  Further, on my iPhone 4, the ability to jump to the camera from locked screen was rendered useless by the speed of my old phone.  It would sometimes take 15 seconds for the phone to open the camera shutter and take a picture... enough time to miss the moment I was hoping to capture.  In comparison, the iPhone 5 camera was able to take noticeably better shots in the daytime without washed out colors; and at night the pictures turned out much clearer (nothing helps bring back memories of a reception dance party like a clean, crisp set of pictures.)  Although the camera is not perfect - a modern DSLR will take much nicer shots - I believe that the iPhone has finally taken the place of my point-and-shoot camera.  Along with the cleaner pictures, the new hardware is so responsive that I have yet to wait more than half a second for a core app on the device to load (including the transition from lock screen to camera.)  My final point about the camera would have to be its ability to quickly take a photo.  Where with the iPhone 4, I would have to wait 2-4 seconds between taking a photo and trying to capture a new one.  On the iPhone 5, that lag time is reduced to a few tenths of a second, allowing me to take many more photos of my family’s amazing dance moves.

The other major change in the iPhone 5 was the addition of LTE.  This enables the device to connect to AT&T and Verizon’s LTE networks.  What this really means is that the devices can now get data form the internet MUCH faster than before.  While LTE is limited to most major cities and I did not have access to it in Connecticut (but I did when I came home to Atlanta!) the speeds are simply astounding.  While on MARTA rail system coming home from the airport, I was able to get download speeds of 40-60 Mb/s.  This compares to the 5.1 Mbps the average American gets on their home computer connection.  This is simply amazing in my opinion.  But this speed comes at a cost of using more power.  While Apple has claimed that the new iPhone 5 has a longer battery life than the previous models, in my weekend experience, my battery lasted about half to three quarters of a day compared to my iPhone 4 typically lasting an entire day.  Now the biggest change could be that I barely put the device down over the course of the weekend so I using it more than I would have used my old iPhone.  But even so, since working on Monday, it still appears that the device has a shorter battery life on a normal use workday for me.

My final point about the new iPhone is the change in maps.  Apple has decided to leave Google Maps and use their own Maps App.  The upside is the new app has turn-by-turn navigation (much needed); but Apple still has a lot of bugs to work out of the new app.  On one occasion while driving in Connecticut, the app simply took us to a random neighborhood rather than the package store we were looking for.  So bottom line, there are some kinks for Apple to work out.  But I have to admit, I like the direction that Apple is taking the maps app.  I have a feeling Apple will be updating the app fairly quickly to address all the problems the public have pointed out.