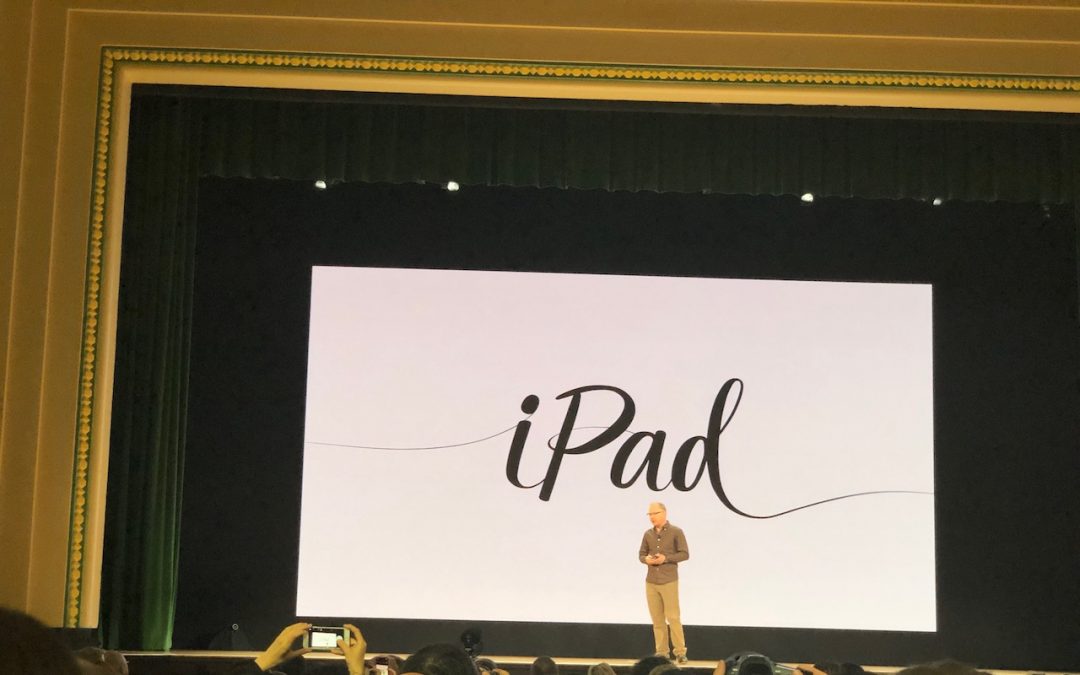 With the special education event on March 27th concluded, let's take a look at some of the highlights from the event.


Sixth-generation iPad
For the most part, the new sixth-generation iPad is the same as the fifth-generation model it replaces. Its physical dimensions are unchanged, (comes in the same three colors: silver, gold, and space gray) and even the pricing and options remain the same (with a 32 GB model starting at $329—the jump to 128 GB adds $100, and cellular capabilities add $130).

The real news about Apple's newest iteration comes in the form of its support for the Apple Pencil, which was previously restricted to the iPad Pro line. Thanks to a high-resolution touch sensor in the iPad’s Retina screen and palm-rejection technology, you can now use the Apple Pencil in compatible apps. As with the iPad Pro, the Apple Pencil is sensitive to pressure and tilt so you can vary line weight and shading, much as with a traditional pencil. 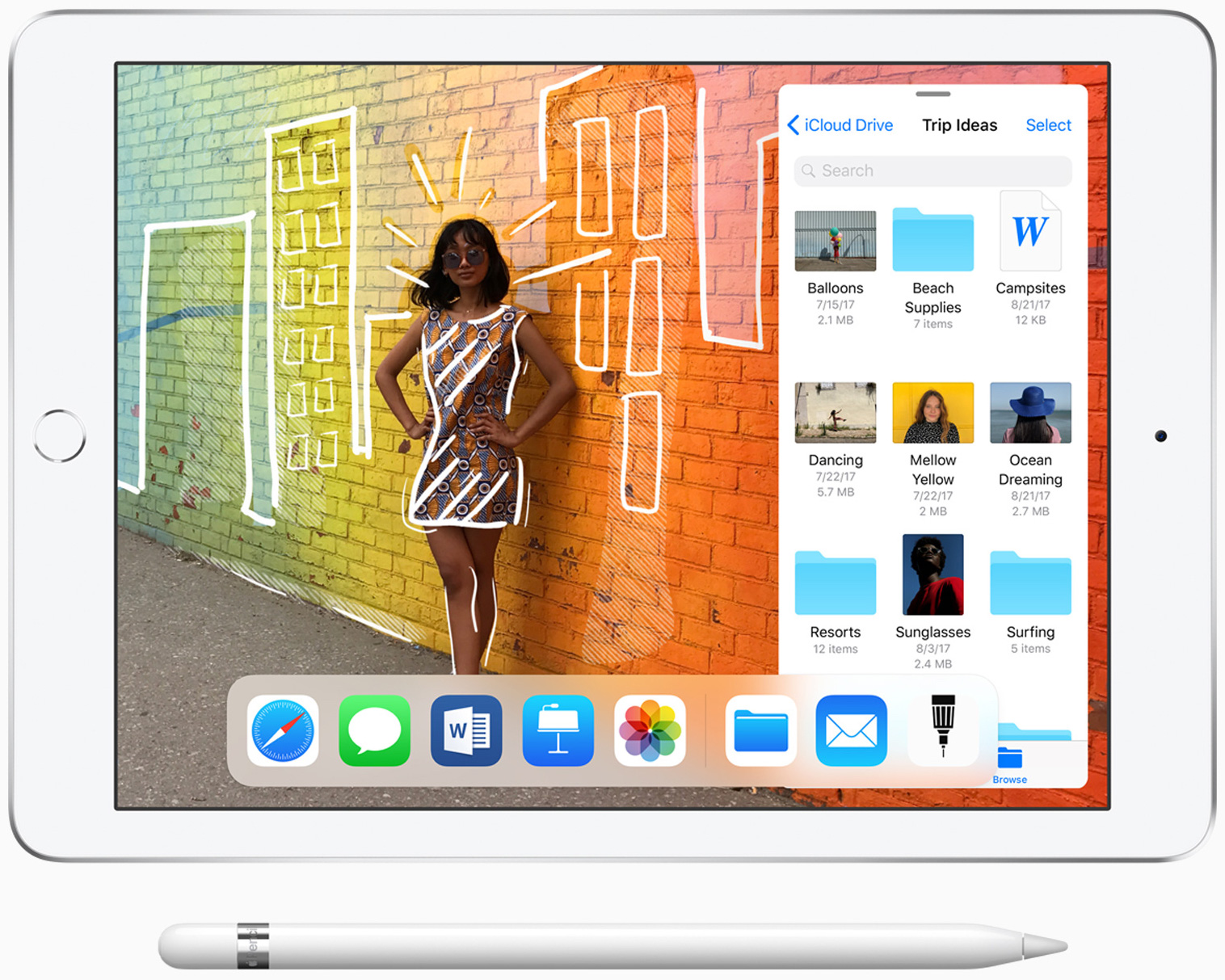 Apple’s A10 Fusion chip, embedded with the new M10 processors provide up to 40-percent faster CPU and 50-percent faster graphics performance. Unlike the previous iPad, the sixth-generation iPad can take Live Photos and supports body detection in images along with the previously supported face detection. Also new is support for the Retina Flash feature that turns the screen into a giant flash when taking selfies. Instagram/Snapchat, look out...

New versions of the iWork apps—Pages, Numbers, and Keynote—that let users draw, sketch, and write with the Apple Pencil.

iWork with Apple Pencil Support
If you haven’t been using Pages, Numbers, and Keynote on the iPad, the latest updates may encourage you to try Apple’s iWork apps—remember, they’re available for free in the App Store. Notably, the three apps allow you to draw, sketch, and write directly within documents. Even more interesting, though, is Apple’s Smart Annotations feature, currently in beta. With it, your comments and proofing marks anchor dynamically to text, and stay with the text they were attached to even as the document changes. 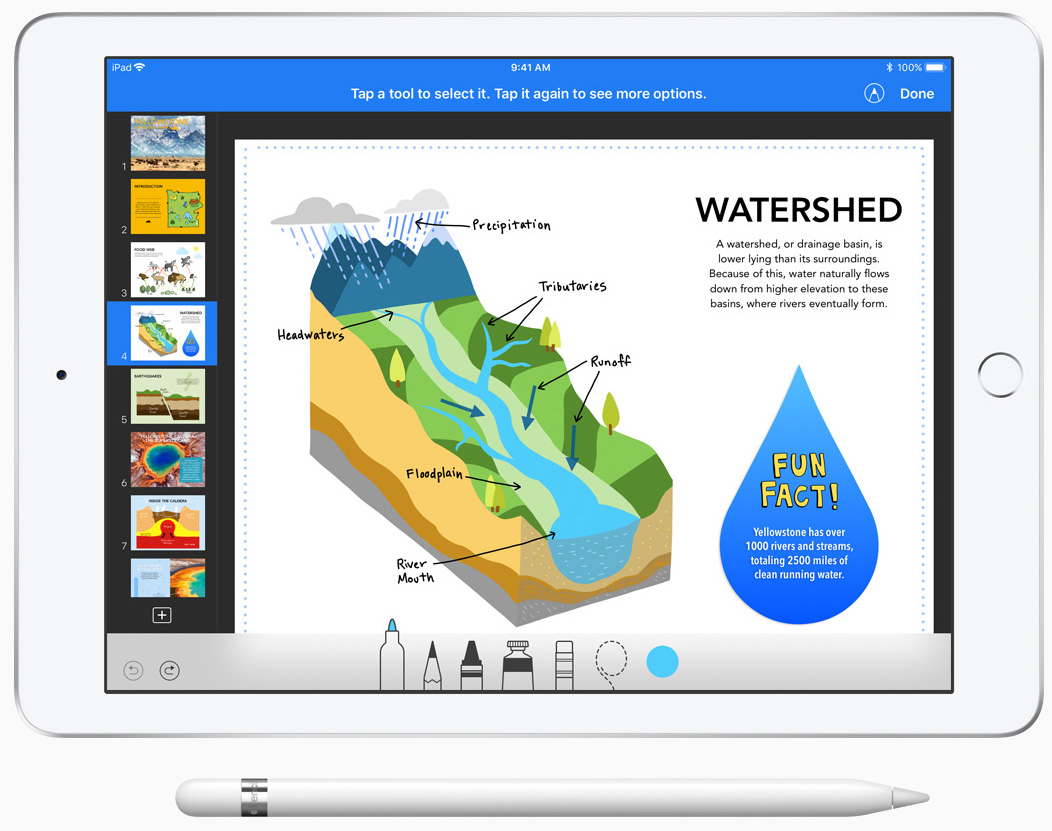 Smart Annotations are particularly welcome for those who take advantage of the real-time collaboration features built into the iWork apps. This was an education event, and it’s clear that Apple is building tools that will allow teachers to mark up and comment on student documents. But the same capabilities are equally as useful in the business world. For business users, Apple also announced that the real-time collaboration features in the iWork apps now work on documents stored in the Box file sharing service. Previously they were available only for documents stored in iCloud, which has little adoption in the enterprise.
Finally, the iPad version of Pages gains features that help users create ebooks in EPUB format. And Apple added a new Presenter mode to Pages, which lets you turn your iPhone or iPad into a teleprompter for distraction-free reading.
In the end, if you’re interested in using the Apple Pencil, the combination of the sixth-generation iPad and the updated iWork apps will let you do more for over $300 less than before.